Our top tips for cleaning all stains

Small but destructive, these drones are revolutionizing the war in Ukraine

Awesome trailer released for Wrath of the Lich King Classic

Oil drops to lows since January due to recession prospects

What should you know about the Italian elections? The experts say the three most important points

Widespread disease in the population, heart failure is still too little known to the French. This is why the Health Insurance announces the launch of an awareness campaign on this chronic disease and its various symptoms.


Heart failure affects 10% of seniors aged 70 and over. If it particularly affects the elderly, “its incidence increases before the age of 55, as in other European countries, due to lifestyle habits that are harmful to health (smoking, sedentary lifestyle, diet)” indicates the National Health Insurance Fund (Cnam) in its press release.

It is for this reason that she wishes to highlight this pathology, because of the serious consequences it can have on health. The Cnam is therefore launching an awareness campaign on September 25, under the slogan “Heart failure: what if your heart was trying to tell you something?.

What is heart failure?

In France, 1.5 million people suffer from heart failure, mainly people over 60 years old. And according to Cnam, the figures could explode in the near future because it estimates that it could grow “by 25% every 4 years”.

Heart failure, as its name suggests, is a failure of the heart to perform its functions, due to a loss of its force of contraction. The four main symptoms of heart failure are common and often overlooked. These include shortness of breath, fatigue, rapid weight gain, and swelling in the feet and ankles.

Very common, these symptoms are often attributed to aging and remain for a long time neglected, while the person’s state of health worsens, ultimately requiring hospitalization due to cardiac decompensation.

While conversely, if it is taken care of early, treated both medically and by lifestyle and dietary rules, heart failure can be well experienced.

A disease still too little known

To assess the lack of knowledge of the disease within the French population, the Cnam commissioned a study carried out by the BVA group, among 1,733 seniors and 300 general practitioners. We already know that “Although chest pain is well identified as a possible symptom of cardiovascular disease by 72% of French people aged 18 to 75, this is not the case for the four warning signs of heart failure..

According to the results of this survey, seniors over the age of 60, among whom the disease is more frequent, “only 1 in 10 spontaneously cites heart failure, often those who have it”.

However, heart failure is disabling on a daily basis: the patient can no longer easily perform basic tasks of daily life, such as walking, carrying light objects… because his tolerance for effort is limited. Finally, it remains a serious disease, causing 200,000 hospitalizations each year and causing a death every 7 minutes.

As World Heart Day approaches on September 29, the Cnam’s awareness campaign will therefore be rolled out to the general public in the press, radio, television or on social networks in order to “improve knowledge of heart failure, warning signs and thus promote early diagnosis, by encouraging patients to talk about it with their doctor”.

A second part of this campaign, focusing on the right reflexes to adopt by patients with heart failure, will see the light of day in 2023. 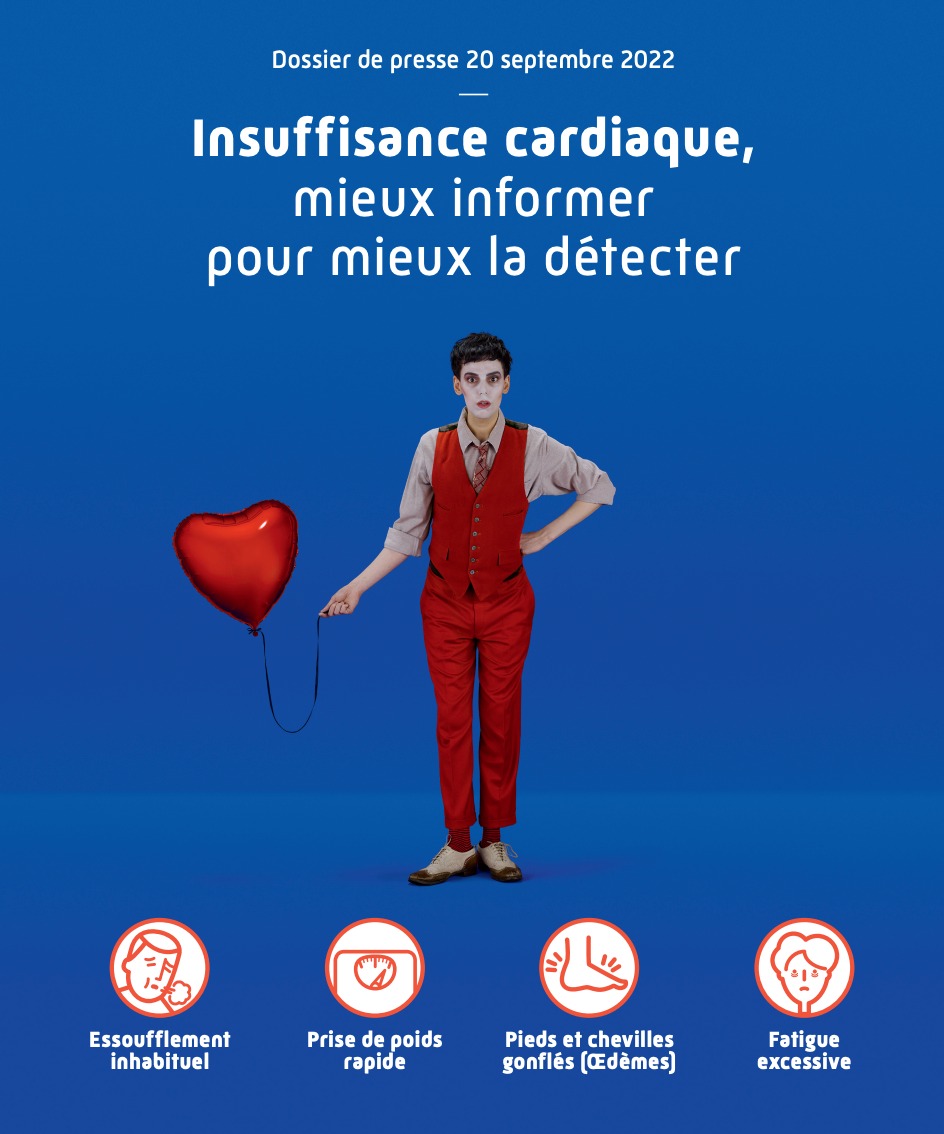